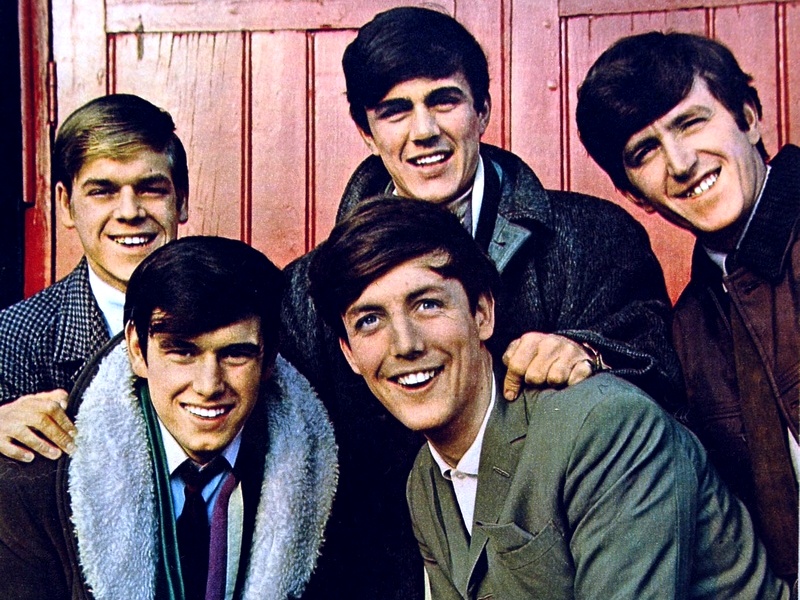 Coming on December 10th from British Invasion legends the Dave Clark Five (DC5), is a special limited edition white vinyl release of the band's 1964 debut, Glad All Over. The updated set has been personally remastered from the album’s original tapes by Dave Clark at Abbey Road Studios and includes an updated tracklist and features reproduced original artwork.

Glad All Over includes such era-defining hits as "Bits And Pieces," "Do You Love Me," and the group's signature tune, "Glad All Over" — the DC5's first chart-topper in Britain which knocked the Beatles' "I Want To Hold Your Hand" out of the Number One spot after five weeks.

On March 8th, 1964, the DC5 made their debut on The Ed Sullivan Show. The group was the second British Invasion act to infiltrate the U.S. shores, following the "Fab Four"

All told, the group racked up a total of 18 appearances on the Sullivan Show — more than any other musical act.

Beatlefan magazine's executive editor Al Sussman says that the DC5 were clearly the Number Two British invasion act during the peak of Beatlemania: ["They were the Number Two group mainly because of the fact that — first of all, they were the second group to come over here after the Beatles — but also because they released a new record, like, every two weeks. They had, I think, seven singles that hit at least the Top 20 — at least — during the course of the year."] SOUNDCUE (:18 OC: . . . of the year)

Sussman says that most people don't realize that although the Dave Clark Five are synonymous with the British Invasion, they were always far more popular in the U.S. than they were in their native Britain: ["What happened was, it became apparent very quickly to Dave Clark that they were much bigger here than they were in England. Because after 'Glad All Over' and 'Bits And Pieces,' they didn't have another big hit until 'Catch Us If You Can.' They appeared on The Ed Sullivan Show more than any other band at that time."] SOUNDCUE (:19 OC: . . . at that time)

Dave Clark told us that the band’s secret weapon was their lead singer, songwriter, and keyboardist, the late, great Mike Smith: [“He didn’t realize how good he was. I think I say that in the film. He had an amazing talent, Mike. I mean, he studied classical piano originally, so he was a musician. His dad got very disillusioned when he got his first job in a pub (laughs), y’know? But, it, it worked. He had a great voice, and he had a great look, y’know?] SOUNDCUE (:20 OC: . . . great look y’know)

Longtime fan Tom Hanks inducted the DC5 into the Rock Hall in 2008. In his speech, he explained that a few things which separated the band from the pack: ["The Dave Clark Five were sensations in particular ways, not the least of which was their eschewing of animals or minerals in their choice of name. The Dave Clark Five were one of the few British bands of the day that never replaced their drummer."] SOUNDCUE (:24 OC: . . replaced their drummer)

The tracklisting to The Dave Clark Five's 'Glad All Over' is:

RRHOF Tom Hanks Says The Dave Clark 5 Was A Sensation :

Al Sussman On The Dave Clark Five Focusing On America :