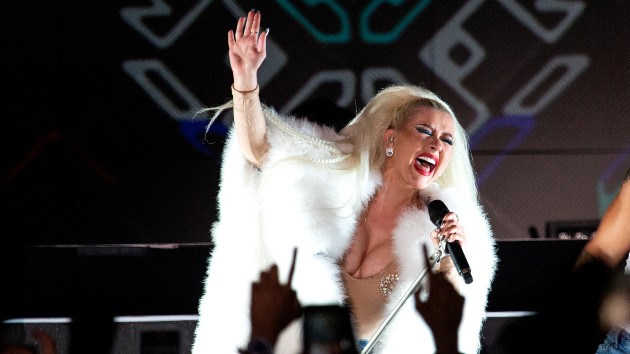 The new era of Christina Aguilera is upon us…or should we say, “la nueva era?”  She’ll release a Spanish-language single this Friday.

On Twitter, Christina announced that the song is called “Pa’ Mis Muchachas” — which translates to “For My Girls” — and that it features Latin stars Becky G, Nicki Nicole and and Nathy Peluso.

This will be Christina’s first Spanish-language release since Mi Reflejo more than 20 years ago. The singer, whose father was born in Ecuador, told ABC Audio that it’s “my labor of love for a part of my culture and part of me that’s so important, that isn’t always brought out in my English music.”

Christina also told ABC Audio that in addition to the new music she’s putting out this fall, she’s also planning to release new music “throughout next year, in sort of six-song increments every six moths.”

Christina’s last album was Liberation, back in 2018.  It reached the top 10 on the Billboard 200 and earned her two Grammy nominations.