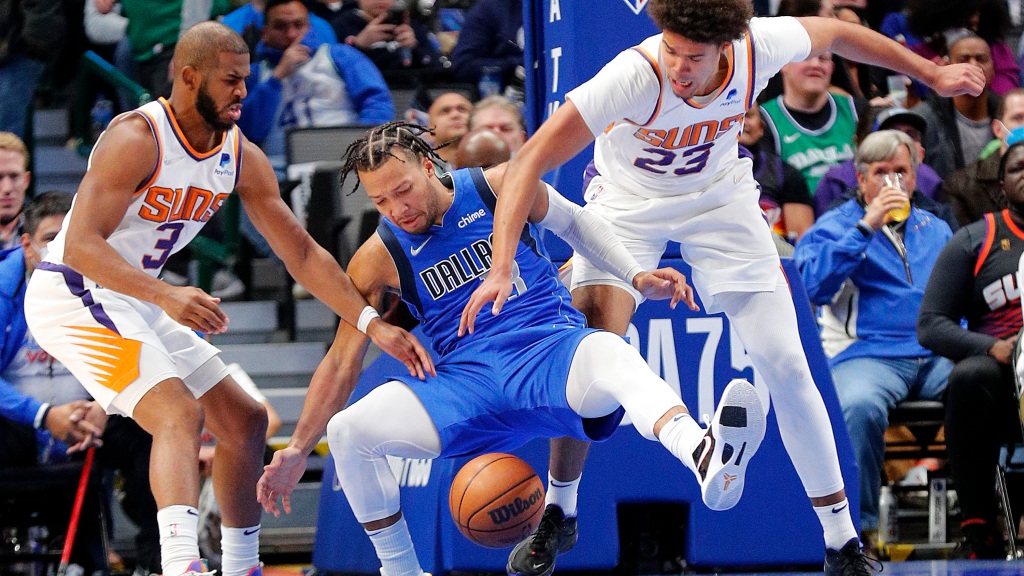 In a matchup of two of the NBA’s hottest teams, Phoenix (35-9) finished a sweep of its season-high, five-game road trip and won its ninth straight against the Mavericks.

Luka Doncic scored 28 points, Jalen Brunson added 19 and Kristaps Porzingis had 18 points and 11 rebounds for the Mavericks (26-20), who finished a home back-to-back and had a four-game winning streak snapped.

After Mikel Bridges’ floater gave Phoenix a 101-99 lead with 2:56 left, Bismack Biyombo – playing only his seventh game this season after joining the Suns this month – followed his free throw with a dunk to give Phoenix a 104-99 lead.

Doncic has scored 20 or more points in nine straight games. He missed the Mavericks’ two previous games against Phoenix this season, losses in mid-November, with injuries.

The Suns won despite shooting a season-worst 22.2% on 3-pointers (8 for 36), including missing 17 straight in the first half.

During Dallas’ 14-0 run to take a 42-38 lead late in the second quarter, the 7-foot-3 Latvian had a block on JaVale McGee, scored on an alley-oop from Maxi Kleber and then popped a 25-foot 3-pointer.

Suns: Host Indiana on Saturday for their first home game since Jan. 8.