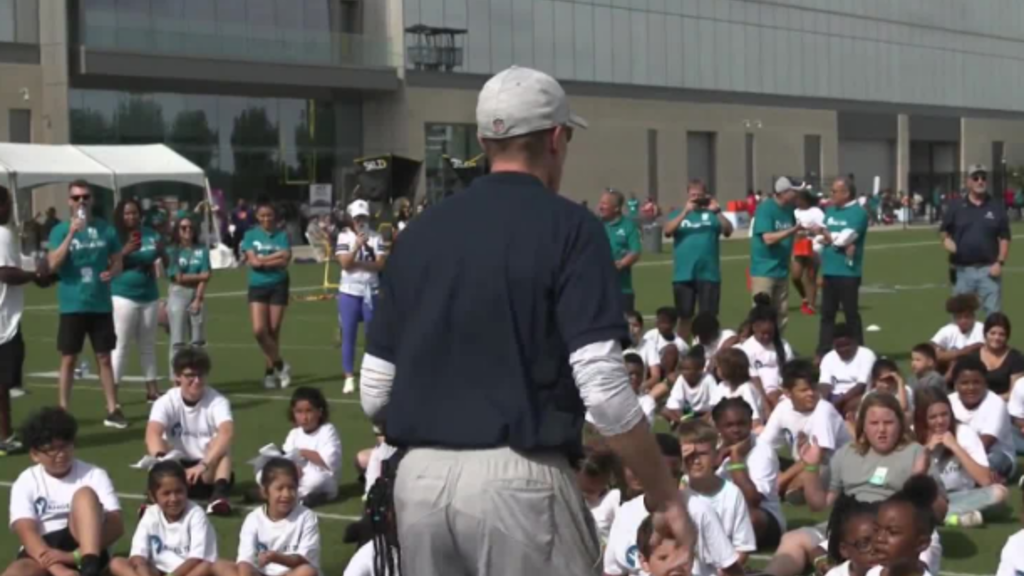 DALLAS (CBSDFW.COM) — To learn skills on the practice field of the most valuable sports franchise is a priceless experience, and one John Fassel knows all too well.

As the Cowboys Special Teams coordinator, Fassel says “when the young kids see our players, they think of kids as other-worldly beings. Then, it’s a opportunity to see that a Dallas Cowboys football player is a regular young man.”

He hosts the Prison Fellowship Angel Tree sports camp for more than 200 kids aged seven to 14. It’s free of charge at The Star in Frisco and geared toward children with at least one parent currently or previously incarcerated.

“When you get around a healthy environment with really encouraging people… and they see the teamwork and the work ethic… and then when we have some of our players speak on their path. They learn, ‘I can do this, too."”

Cowboys defensive back Nahshon Wright can personally relate to the young kids in attendance.

“My biggest message for you guys would be, don’t let your situation now define you. I grew up like a lot of you guys in a single-parent home. My father was in and out of jail,” he told the kids.

Wright went to camps just like this one when he was younger and provide much needed examples of what success really looks like. And with each camper getting a free pair of sneakers, the message there is that they are never boxed in.

And despite their circumstances, the camp’s goal is to teach them that they’re entitled to have the same hopes and dreams as every young kid.

“A situation is just a momentarily situation that is happening,” Cowboys offensive lineman Isaac Alarcon said. “Always stay encouraged and always say your prayers and always know God always has a plan for us.”