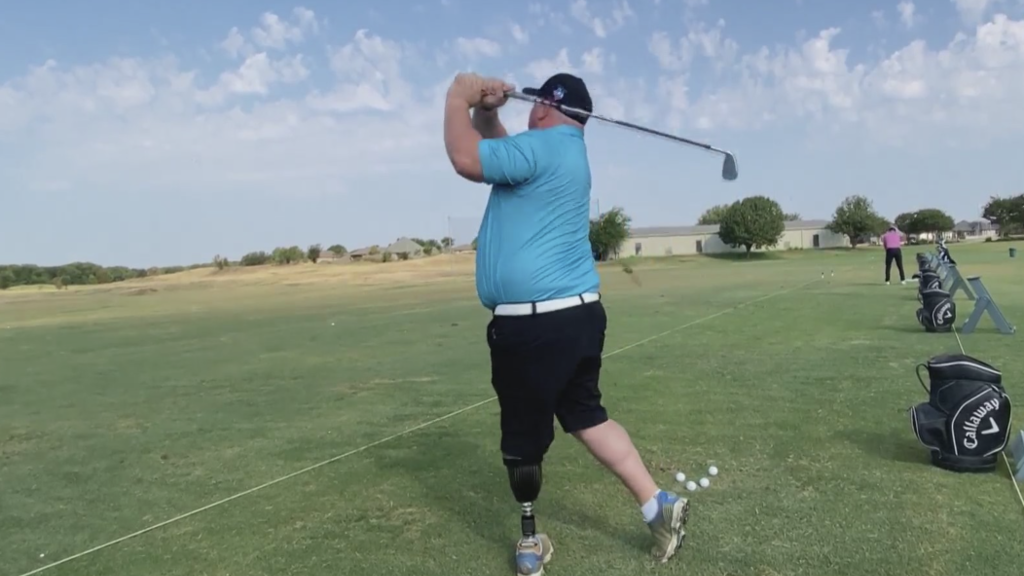 NORTH TEXAS (CBSDFW.COM) — The USGA is hosting a first of its kind US Adaptive Open championship this week in North Carolina and one North Texas resident is competing and sharing his journey.

Reaching this point has been an uphill climb for Josh Tankersley and thanks to the game he loves, he’s once again standing on solid ground.

He picked up the sport following a firearm malfunction that left him in danger of losing his left leg while serving in the US Army.

“They [surgeons] actually said I was going to be able to keep it but, ‘Your quality of life is not gonna be that great,’ and I said, ‘At least I got my leg,"” Tankersley recalled.

There was one major thing, though, that led him to make a very tough decision.

“They’re like, ‘You can benefit a whole lot more if you take it because you can’t feel anything out of that leg,’ and I was like, ‘I’m gonna get to run and be there with my son,"” he said.

Tankersley is now one of 100 of the best men and women in the world taking part in the inaugural U.S. Adaptive Open.

“It’s given me that encouragement that I can actually do it. It’s actually been a blessing. It’s probably helped me out in my life… knowing that I can just about overcome anything,” he said.

Tankersley has won his share of tournaments and has even gotten to spend time with legends like Hall-of-Famer Tom Watson. But, what really drives him is knowing he can be a source of inspiration to others in the future.

“It just shows you the resilience that they have… and they can bounce back from anything. You’re not alone in the world. That’s the big thing.”