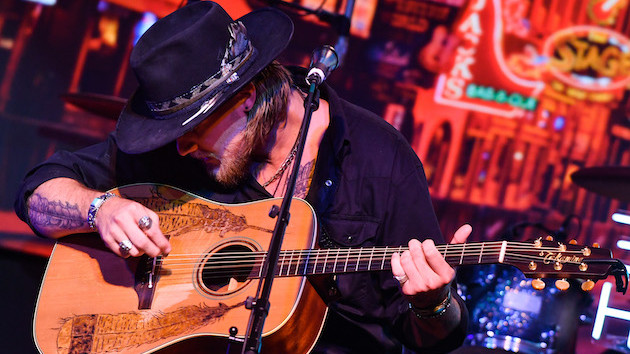 There’s no question about it: Jackson Dean’s song “Don’t Come Lookin’” being featured on the Yellowstone soundtrack definitely gave him a leg up toward country music success.

“It played a massive, massive part in it,” the singer affirms, citing one recent appearance he made at Hwy 30 Fest in Idaho, when he was one of the only acts in the lineup who didn’t hail from Texas.

“We were, like, the black sheep,” he remembers, but adds that he had an in with the crowd. “Massive, massive Yellowstone fans at that festival. It was great. It was really awesome.”

Multiple fans who recognized him from the soundtrack for the TV series approached him at that show. “I had probably 30 people come up to me and be like, ‘Hey man, we know you from Yellowstone. And that’s how we found you.’”

Jackson’s already had a song feature in the hit TV series, and the singer says he’s not opposed to participating in the show in an on-screen capacity, too. After all, there’s plenty of precedent for country stars scoring acting gigs on Yellowstone: Lainey Wilson is on the upcoming season, and Tim McGraw and Faith Hill are the co-stars of 1883, the recent Paramount+ prequel.

“You know, I mean, if Kevin Costner wants to shoot a bad guy — I mean, I can play a good bad guy,” the singer continues. “I am not opposed at all, in any way, shape or form.”

“She Likes It”: Russell Dickerson to embark on another headlining tour this year

Reba McEntire is a no-frills judge in ﻿’The Hammer’ ﻿trailer