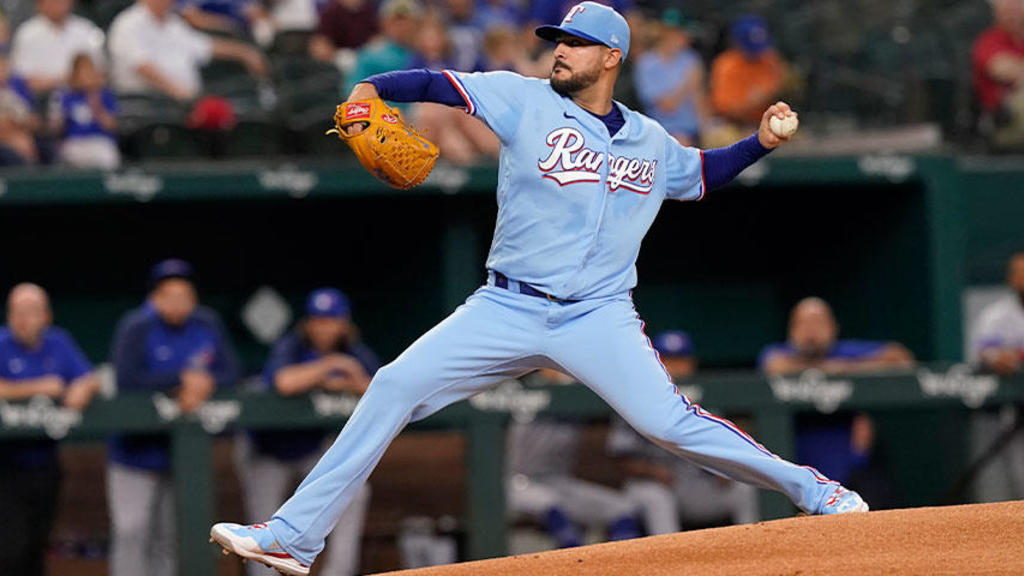 Perez (11-6) ended a personal two-game losing streak, which equaled his longest of the season. He gave up six hits, struck out seven and walked two. Toronto went 0 for 7 with runners in scoring position against him.

Garcia launched a fastball down the left-field line into the second deck off Yusei Kikuchi, the second of five Jays relievers, for his 24th of the season. It was the fifth time this season that he has homered in consecutive games, the first time since July 24-25.

Leody Taveras hit a solo homer for Texas in the eighth inning.

Jose Leclerc pitched a scoreless ninth inning for his fourth save in four chances.

Texas grabbed a 1-0 lead in the first inning off Trevor Richards (3-2), the Jays’ opener for a bullpen game. Richards struck out leadoff batter Marcus Semien, the only batter he retired. Nathaniel Lowe doubled home Corey Seager, and Richards departed after 26 pitches with the bases loaded.

Teoscar Hernandez, who returned to Toronto’s active roster from the paternity list, went 2 for 3 with a sixth-inning double that scored Bo Bichette.

President George W. Bush participated in the Rangers’ recognition of the 21st anniversary of the Sept. 11 attacks before the game. The ceremonial first pitch was thrown by 13-year-old Andita Pollozani, the daughter of Fort Worth police officer Jimmy Pollozani. Catching the pitch was Rocky Wolfe, a firefighter from the central Texas city of Killeen.

Semien had his 22-game on-base streak ended; it was the longest current active streak in the majors. Bichette reached base in all 10 games on the road.

The Rangers designated RHP Kohei Arihara for assignment and selected the contract of RHP Tyson Miller from Triple-A Round Rock. Arihara allowed 11 runs in three innings on Saturday and had a 9.45 ERA in five appearances this season beginning in mid-August.

Rangers RHP Spencer Howard (shoulder) began a rehab assignment with Round Rock on Sunday, giving up one run in four innings.

Rangers: RHPs Glenn Otto (6-8, 4.80) and Jon Gray (7-6, 3.83) will start Monday’s day-night doubleheader at Miami, a rare one-day trip with the Rangers returning home afterward to begin a series against Oakland on Tuesday night.