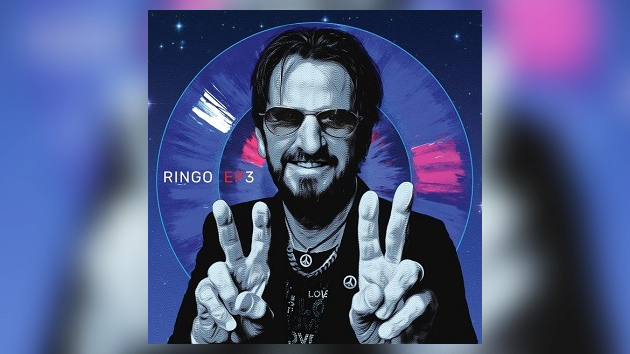 As its title suggests, EP3 is the third in a series of EPs; the former Beatles drummer has now recorded and released three EPs since the start of the COVID-19 pandemic.

The video features Starr at his home studio and rehearsal space, playing the song with Lukather and recording vocals with some backing singers. The clip also includes scenes of Williams playing keyboards.

The other three tracks on EP3 are “Everyone and Everything,” which was written by hit-making producer and songwriter Linda Perry; “Let’s Be Friends,” a catchy dance tune co-written by Starr’s longtime studio engineer Bruce Sugar and acclaimed songwriter Sam Hollander; and “Free Your Soul,” a laid-back, reggae-flavored tune that Starr co-wrote with Sugar.

Vinyl and cassette versions of the EP are due out on November 14.

EP3 was preceded by the Zoom In and Change the World EPs, which were released in March 2021 and September 2021, respectively.

Meanwhile, Ringo currently is touring North America with his All Starr Band; their next concert takes place tonight in Clearwater, Florida.