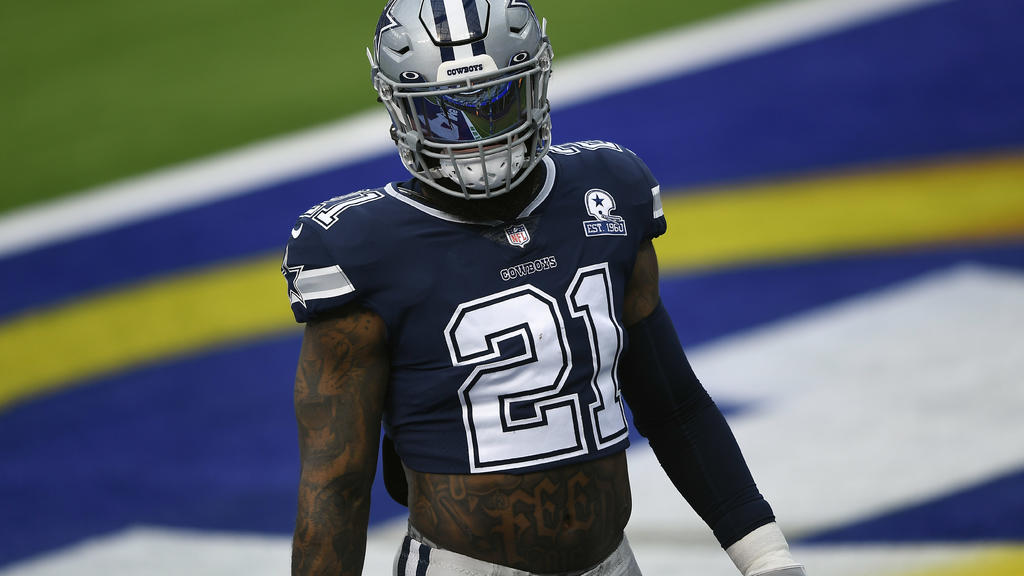 FRISCO, Texas (CBSDFW.COM) – Dallas Cowboys running back Ezekiel Elliott has officially been listed as ‘questionable’ for Sunday’s game against the Green Bay Packers.

Elliott was limited during practice this week as he has been recovering from a knee injury he sustained during week seven.

During the week seven game against the Detroit Lions, Elliott took a hit to his right knee. Although he took to the sidelines for evaluation, he returned to the field after.

Elliott was out for week eight’s game against the Chicago Bears. The team had a bye this past week.

According to the Cowboys, Elliott’s return will likely be a game-time decision on Sunday in Green Bay.

Analysis: How ’bout them Cowboys! Dallas is most impressive