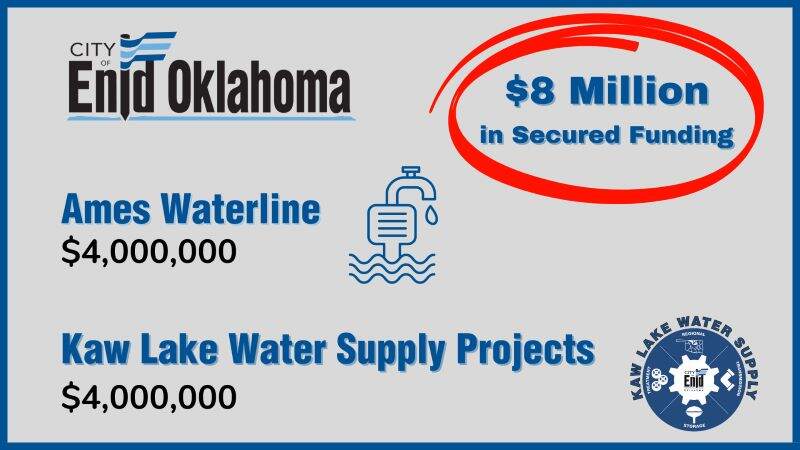 The city of Enid put out the following press release.

The City of Enid has secured $8 Million in federal funding to aid in two major water infrastructure projects: the rehabilitation of the Ames waterline and the construction of Kaw Lake Water Supply Projects.

According to City of Enid engineering officials, the Ames pipeline is 70 years old, at the end of its design life, and requires immediate attention. Congressman Lucas said he understands the impact that meaningful spending and policy outcomes can have on the local level.

Mayor George Pankonin and City Manager Jerald Gilbert both agreed that this funding will help pay for these large capital projects.  This congressional appropriation is the first one in more than twenty years for the City and a monumental effort by all involved to get federal funds directly to help pay for city infrastructure!

Thanks to Senator Inhofe’s and Congressman Lucas’ advocacy and support, $8 million in federal funding has been appropriated and will be used by the City to offset the cost of both these expensive capital projects.