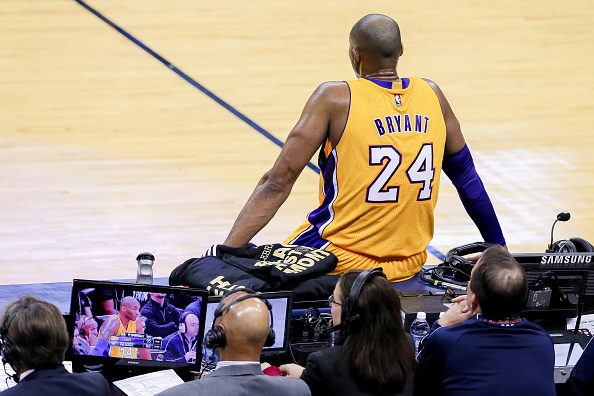 The jersey was worn by Bryant, a five-time NBA champion, over 25 games, Sotheby’s said in a statement announcing the auction.

Bryant’s jersey is the same one he wore in Game 2 of the Western Conference first round 2008, when he made a 3-point shot, screamed in excitement and grabbed the jersey after giving the Lakers a 14-point lead against the Denver Nuggets.

A picture of an ecstatic Bryant was taken after he scored, which Sotheby’s describes as “perhaps the most iconic images of Kobe ever taken.”

“This jersey has influenced popular culture in a way that is seldom seen in the sports community, becoming iconic and synonymous with the image of Kobe Bryant,” Sotheby’s said in a press release.

Brahm Wachter, Sotheby’s head of streetwear and modern collectibles, said in a press release, “it’s rare that an athlete can move past the bounds of their sport, but Kobe Bryant is certainly one of the special few who has left an everlasting impact on the world.”

Adding, “this jersey was worn by Kobe in one of the most iconic photos of him ever taken and has seeped its way into the global popular zeitgeist, becoming synonymous with Kobe’s ‘Mamba Mentality."”

According to Sotheby’s, if the autographed jersey sells for between $5 million to $7 million, it will set the record for the highest price for Bryant’s sports memorabilia. In 2021, a signed jersey that the four-time NBA All-Star MVP award recipient wore from 1996 to 1997 sold for $3.7 million.

According to the auction house, online bidding for Bryant’s jersey will be held from Feb. 2 to Feb. 9.