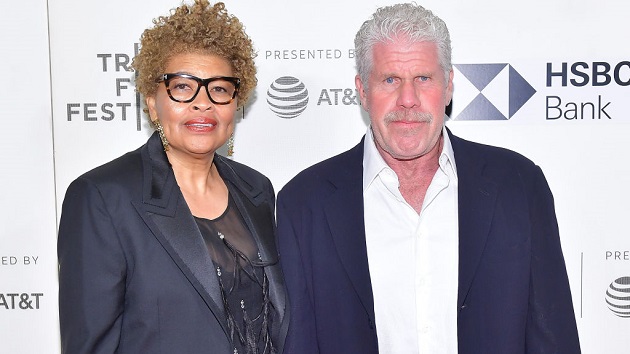 Roy Rochlin/Getty Images(NEW YORK) — After 38 years of marriage, Ron Perlman and wife Opal Stone Perlman are calling it quits.  However, it appears the two quietly ended things last May.

People reports that the Sons of Anarchy star was the one who filed to dissolve their marriage, six months after he was caught kissing StartUP co-star Allison Dunbar.  The divorce filings cite irreconcilable differences.

However, trouble may have been brewing for the Perlmans long before that incident.  It’s been well over a year since Ron shared a photo of his wife, which he re-posted from his daughter, Blake, in April 2018.

So far, the Perlmans have not responded to requests for comment at this time nor have publicly confirmed their divorce.

However, the couple has been dogged by rumors that the actor had been living separate from his wife or that the two were in an open marriage.

Opal, a jewelry designer, and Perlman wed on Valentine’s Day in 1981.  The couple share two children, Blake and Brandon, who are 35 and 29, respectively.

Another one! DJ Khaled announces title of new album, ‘God Did’

“Everyone is fascinated with bad guys”: Christian Bale goes from Batman to “butcher” in ‘Thor: Love and Thunder’

Reimagining of ‘Beauty and the Beast’ coming to ABC December 15