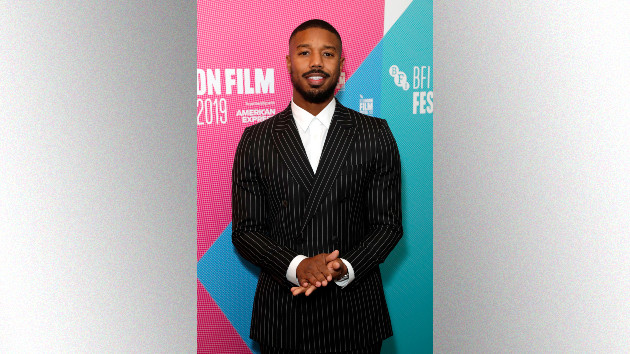 John Phillips/Getty Images for BFI(NEW YORK) — Michael B. Jordan is taking a role close to his heart in the new legal drama Just Mercy.

In the film, Jordan stars as Bryan Stevenson, the real-life civil right activist and founder of the Equal Justice Initiative, a legal center for inmates who did not receive proper legal representation. Jordan tells ABC Audio that the film offers a close and intimate look at the justice system and what really goes on behind closed doors.

“I think there’s a certain understanding of what it’s like to be black and brown in America,” Jordan says. “I can only imagine what really goes on behind those those doors. Being able to get an inside look — just the nuts and bolts of the conversations that happen — and the bias that takes place in these rooms is we’re very stunning.”

Jordan also applauds Stevenson for the “incredible” amount of work he does, explaining that it was shocking to learn just how many people of color are wrung through the system.

“I think the pure statistics of mass incarceration, the amount of black and brown people, people of color that are targeted and incarcerated are just mind blowing,” he says. “And then also the amount of people that Bryan Stevenson has gotten exonerated. I think the amount of work that he’s put in over the past 30 years is incredible.”

As for the film, Jordan says he hopes it will shed light on the fragmented justice system and get people to demand change.

“This movie [will] hopefully allow people to get closer to… these issues and allow our voice to ring true,” he says. “And start making a difference in demanding some answers from these broken systems.”