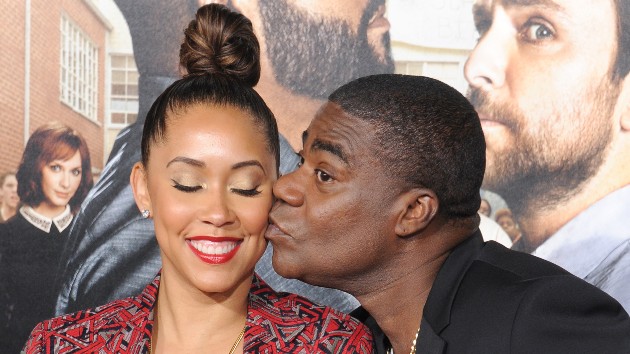 In a statement to People on Wednesday, the two confirmed the news of their divorce.

“Sadly, after nearly five years of marriage, Megan and I are filing for divorce,” Morgan says via his rep.  “This is a challenging time for all involved, so I ask that you please respect our privacy.”

A rep for Wollover echoed similar sentiments, adding that “Megan filed for divorce yesterday” and it “is a private matter for the family.”

“Megan’s primary focus remains the best interest of the parties’ daughter,” the statement continues. “She asks that the family’s privacy be respected during this difficult time.”

Morgan and Wollover share one daughter together, 7-year-old Maven Sonae. Morgan is also the father to adult sons Gitrid, 34, Malcom, 32, and Tracy Jr., 28, whom he shares with ex-wife Sabina Morgan.

The news of the split comes three months after Morgan joked on live television that he and wife were actually having quarantine sex and “role playing” to occupy themselves during the hiatus.

Morgan and Wollover married in August 2015, just 14 months after Tracy survived a highway accident that killed his friend, comedian James McNair, and left Morgan with several broken bones that put him in a wheelchair for five months.