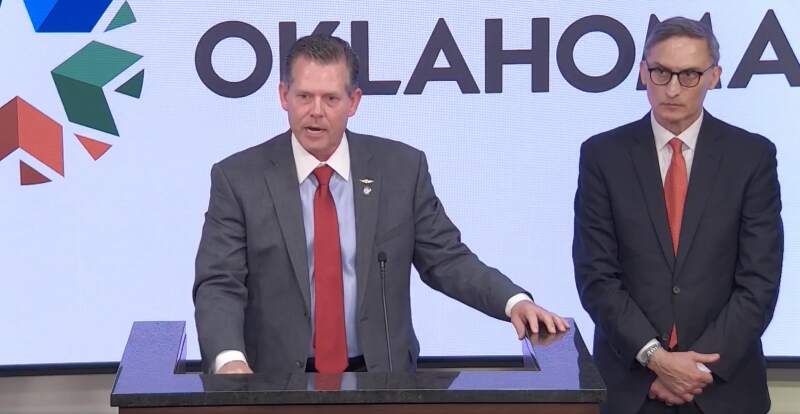 Oklahoma State Representative of District 12 Kevin Mcdugle held a press conference giving an update on the Richard Glossip death row case. 35 Oklahoma State lawmakers wanted an independent party to review the case of Glossip. Glossip according to Rollingstone Magazine was sentenced to death for allegedly hiring Justin Sneed to murder his boss Barry Van Treese who owned the motel that Mcdugle managed.

A report was put together by an independent law firm that according to Mcdugle found evidence that could support the innocence of Glossip. Mcdugle even claimed there was evidence that the district attorney on the case destroyed evidence.

The report was put together by the Reed Smith Law Firm and Crow and Dunleavy. Mcdugle also said, “If the jury had seen the evidence that this investigation has turned up Richard Glossip would have been set free 24 years ago”.

A representative from the Reed Smith Law Firm Stan Perry said 30 attorneys worked 3000 hours on the case pro bono. Perry also said, “our conclusion is that no reasonable jury hearing the complete record and the uncovered facts detailed in this report would have convicted Richard Glossip of capital murder”.

As for the next steps, the group of lawmakers would like Governor Kevin Stitt and State Attorney General John O’Connor to give Mcdugle’s case a second look.

To watch the entire press conference click on the link. https://fb.watch/dG1vnD7Eqg/