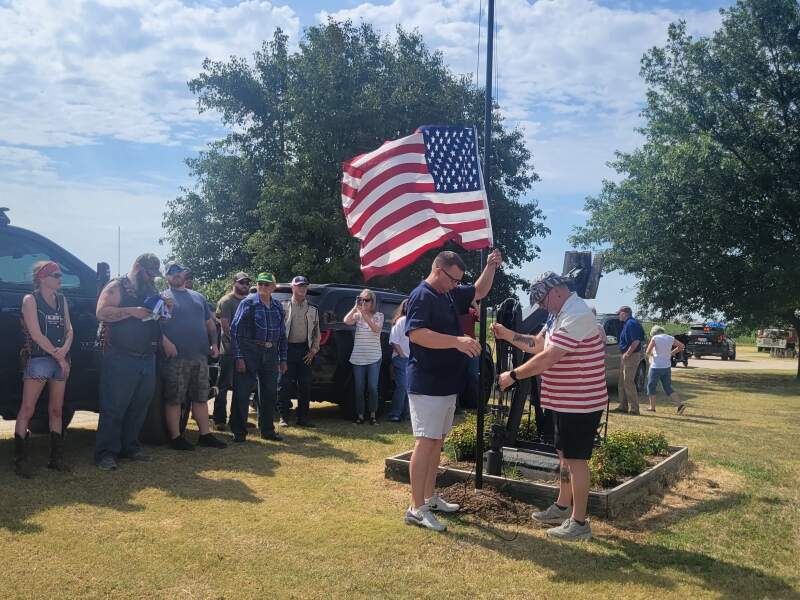 Last Saturday, at 9:30 am in Garber a large crowd gathered for flag planting ceremonies from United Veterans Flagpoles United. A Blackhawk helicopter was originally scheduled to be present, but it was called off instead to fight wildfires in western Oklahoma.

Nevertheless, a large crowd congregated at the Garber Fire Department to meet before the group traveled to the homes of 3 veterans in Garber for flag planting ceremonies. The flagpoles were installed previously and the crowd watched as the flag was raised to the top of the flagpoles.

The flags themselves were taken down afterward so that the flagpoles would have time to sit before being put back up the next day.