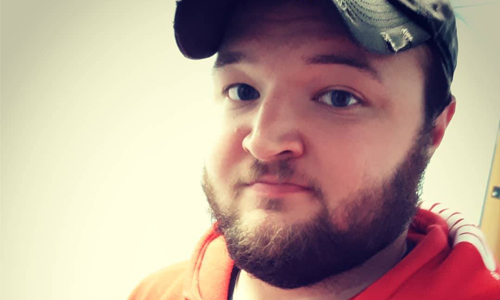 Hey there listeners! My name is Wyatt and I’m thrilled to be the new Morning Show DJ for KNID mornings!

Country music has always been a major part of my life and the fact I get to work around it for a career is a dream come true. My parents weren’t the biggest country fans in the world, but I can remember listening to country music every day on my way to school with my cousin. And even though I’ve gotten older and my taste in certain things has changed over the years…my love of country music has stayed the same. So the idea of working in country radio always intrigued me.

I went to broadcasting school at the age of 18 at the Illinois Center for Broadcasting (now known as the Illinois Media School) where I learned the ins and outs of not only radio…but also television. As a matter of fact, my first job in broadcasting was in television. I worked for WQOW in Eau Claire, Wisconsin for 2.5 years. But during that time, I picked up a part time job for Midwest Family Broadcasting and did my first on-air radio shift for WAXX 104.5. It was that moment that I knew I wanted to be in radio and only radio. After 2.5 years in Eau Claire, I moved to Burlington, Iowa where I worked for one radio company for 2.5 years and another radio company for just over 3 years. At the second company I worked for in Burlington, I got the chance to do the morning show for their country station 101.7 The Bull and that was an absolute blast. And it was because of that position that I ended up in Enid.

I moved to Enid to do sports play-by-play but when the people in charge asked me to be the morning show DJ for KNID…I jumped at the chance to do so!

Some things to know about me:

Favorite thing to do on my free time: Play video games (I’ve really gotten into gaming over the last few years and my go to game is Warzone)

I look forward to hanging out with you guys each and every day from 6AM to Noon!