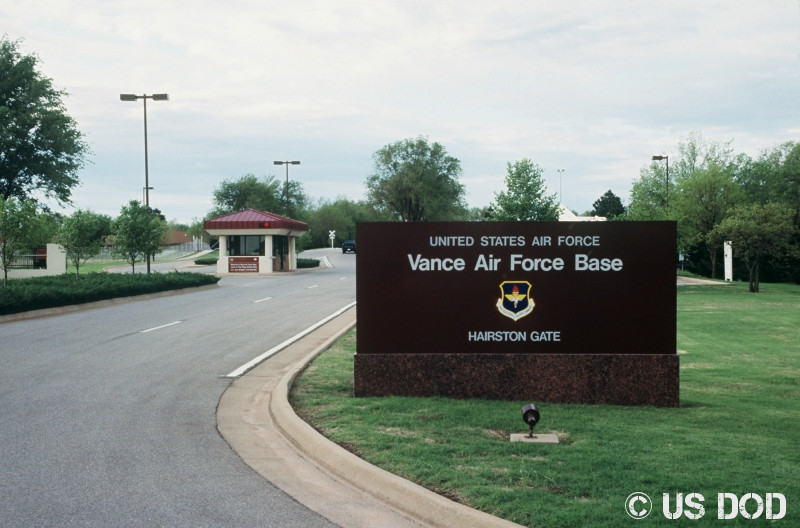 Enid OK – On Tuesday, Vance Air Force Base honored the 70th anniversary of the base being named for Enid native and Medal of Honor recipient Lt. Col. Leon R. “Bob” Vance.

The celebration was joined led by the 71st Flying Training Wing in the lobby of the wing headquarters building Tuesday morning where they unveiled posters honoring Vance. They also spent the time remembering the outstanding legacy Vance left not only here in Enid at the base but in the Air Force itself.

Vance was born here in Enid in 1916. He excelled at Enid High School before making his way to Norman to attend the University of Oklahoma, where he participated in the school’s ROTC program. He later graduated as a military lieutenant from West Point where he then was accepted into the Army Air Corps which eventually became the Army Air Forces.

In 1946, Vance was awarded the Medal of Honor posthumously following a harrowing mission during World War 2 in which he continued flying a damaged plane in the hopes of saving a wounded man. His evacuation plane following the mission disappeared in 1944 and was never found.

Vance Air Force Base is Celebrating its 80th Anniversary