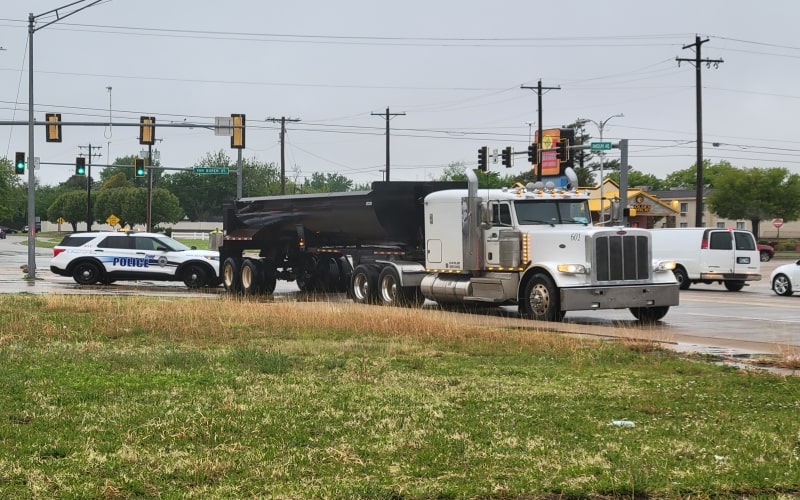 Wednesday, May 4th at around 3:30 pm a semi-truck driver rear-ended a 19-year-old girl driving a 2013 Nissan. The accident occurred when the girl driving a Nissan came to a stop at the light at Broadway and Van Buren which wasn’t working due to the storm.

No damage was visible on the semi-truck and the only visible damage on the Nissan was a small dent on the bumper. No injuries were reported at the scene.

Road Closure on Van Buren and Phillips Due to Waterline Construction

Motorcycle wreck between a Pickup Truck Driver and Motorcyclist near Intersection of Cleveland and Owen. K. Garriott